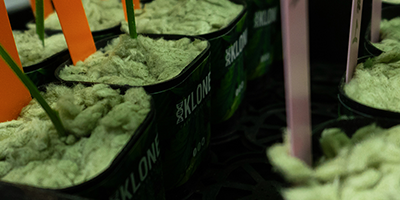 Selective cultivation and genetic manipulation have given us the high-THC strains we love today, from classics like OG Kush to high-end hybrids like Strawberry Cookies. With cultivators producing exciting new strains every year, you might think genetic diversity is abundant amongst cannabis crops.

While it is true that cannabis is one of the most genetically diverse varieties of plants in the world, the regular cross-breeding of multiple generations of plants has lowered modern cannabis’ ability to adapt to different environments, resist pests, and display a broad range of cannabinoids. 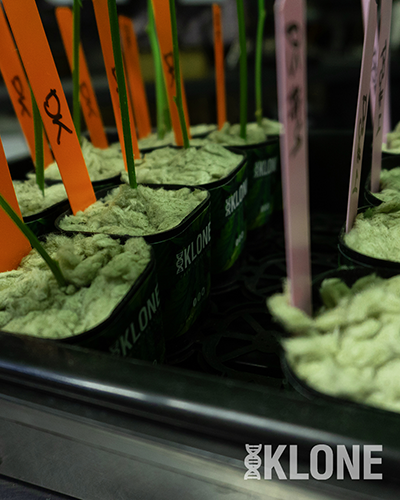 In the long run, a lack of genetic diversity could result in disastrous consequences for global crops of cannabis and could reduce the lifespan of the industry as a whole.

Human beings have been using cannabis for thousands of years, and the first evidence of domestication found thus far appears to be around 12,000 years old, making cannabis one of the first crops to be broadly domesticated by humans.

Thought to have first appeared in Asia, cannabis spread around the world quickly, with new strains developing naturally through environmental adaptation. The landrace strains (the wild-growing strains that are the ancestors of modern cannabis) were highly diverse, often appearing very different from one another thanks to different physical adaptations, and producing very different effects thanks to differences in chemical composition.

In the mid-20th century, following the development of the first official theory on biologically inherited traits, farmers began selectively breeding cannabis in the pursuit of a small range of specific traits. Any plants that didn’t show sufficient desirable traits were disposed of, which began to narrow the genetic population of cultivated cannabis plants. Unfortunately, criminalization prevented cultivators from successfully collecting samples of the strains they eliminated, and today, many landrace strains are extinct.

In many ways, the careful selective breeding of cannabis has been beneficial for cannabis cultivators and users alike. Today’s cannabis is extremely high in THC and lacks traits that take up additional energy the plant could use to produce desirable terpenes and cannabinoids. A great example of this is seedless female plants. Female cannabis plants have been carefully bred to produce very few or no seeds at all, increasing the amount of plant material that can be sold to consumers. Modern cannabis is also highly predictable, so growers know exactly what to expect when planting crops, and can accurately predict future profits.

So, if we’re getting high-quality cannabis from our current methods of cultivation, what’s the problem?

The process of eliminating undesirable traits and encouraging desirable traits by selectively breeding requires a certain amount of inbreeding. Unlike animals, plants are tolerant of a certain amount of inbreeding before there are any negative consequences, but over enough time, inbred strains can lose many of the traits they need to thrive. Inbred cannabis strains are often less pest and disease resistant, may be more sensitive to temperature and temperature changes, and generally become less hardy.

With little genetic diversity, cannabis crops are especially susceptible to disease, and in the event of an unexpected blight on marijuana, crops around the world could be wiped out all at once.

Why You Need To Diversify

While it might sound like the future of cannabis is bleak, it won’t take much to re-diversify commercial cannabis genetics to protect this precious plant for years to come! If you’re still not convinced that adding new genetics to your catalog could be beneficial for the world, let’s take a look at how diversifying could help you!

Like it or not, the consumer market is a fickle place. Customers demand new and exciting products to keep their attention, and businesses everywhere have to constantly find new ways to stay relevant amid the competition. Regularly introducing new strains to your customers can help keep them interested, and will allow you to introduce unrelated genetics to strains lacking diversity.

The factor that makes genetic diversification the least appealing to commercial growers is profitability. Diversification doesn’t offer immediate profit yield, which turns many business people off the idea entirely. While you might not see immediate returns, genetic diversity is a long-term investment in healthy crops for years to come.

Whether you grow indoors or out, you know how difficult it can be to save a cannabis plant that has begun to decline. Cannabis can be extremely particular, and many commercial growers face major losses following technology failure or simple human error. By diversifying your crops, you’ll find that your cannabis plants become more tolerant of different environmental conditions, and succumb less frequently to pests or disease.

While simply introducing unrelated genetics to your standard strains can help ease some of the consequences of selective breeding, you should introduce high-quality genetics. The point of introducing new strains is largely to improve hardiness, but by choosing a high-quality strain you can also improve the overall quality of your crops.

For this reason, you must source your seeds and clones from reputable breeders. Not only do you want to be certain that you are getting exactly what you paid for, but you also want to be sure you won’t be purchasing poorly-bred products.

Clones are genetic duplicates of their mother plants, which makes them an ideal choice for cultivators looking to increase their profitability while reducing grow-time. While clones are a highly valuable resource for commercial cultivators, they won’t help you to diversify your current strains, since all of them are female!

To cross strains, you need a male to pollinate a female, so the best option is to purchase high-quality seeds from a trusted source and grow male plants. The seeds produced by the pollinated female will have the new, more diverse genetics, which can then be added to your usual breeding program.

If you don’t want to mess with growing males yourself, but want to grow high-quality, genetically diverse cannabis, you can also purchase clones from sellers known to keep their genetics diverse. Klone Colorado has an impressive seed bank of over 70 unique strains and produces thousands of high-quality clones bred with careful consideration for genetic diversity and hardiness.

Whether you are on the hunt for the next exciting new strain to add to your repertoire or are just looking to expand the genetic diversity of your crops, Klone Colorado can help!

Visit us online or get in touch with the Klone Colorado team to learn more about our work with commercial cannabis cultivators.

What is HLVd? The Infectious Viroid Feeding on Cannabis
October 28, 2022

Marijuana Phenotypes, What Are They and Why Are They Important?
January 27, 2022

Product categories
Product Search
Go to Top
Are you 21 or older? This website requires you to be 21 years of age or older. Please verify your age to view the content.