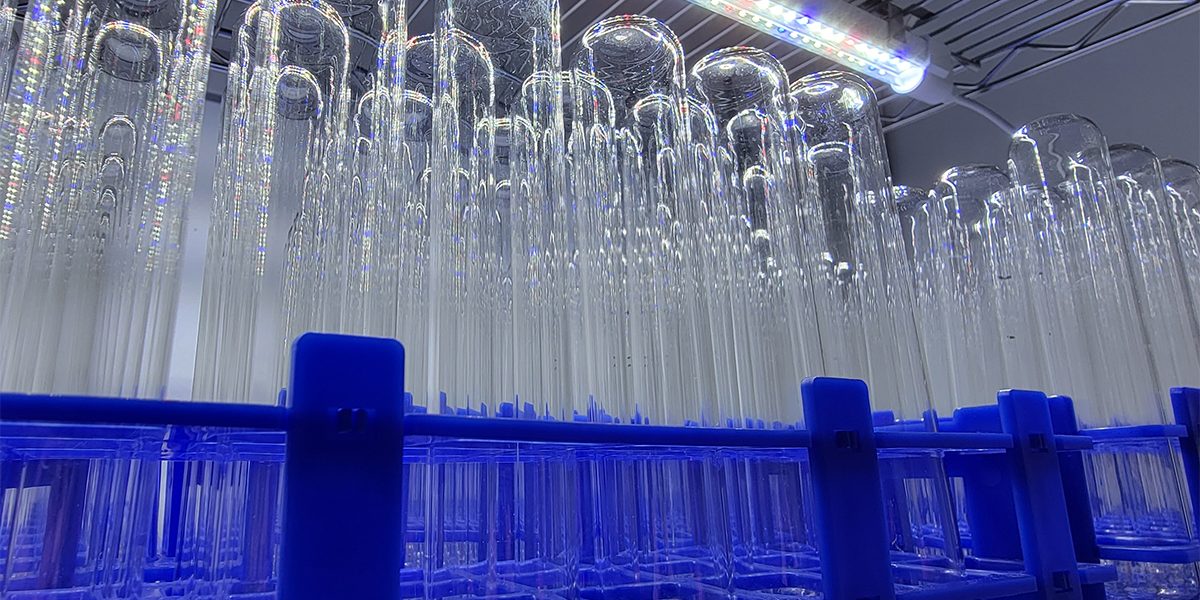 A concerning viroid called ‘hop latent viroid,’ or HLVd, has been detected in several cannabis grow facilities, which has prompted a deeper investigation into the nature of this pathogen. Unlike many of the pests and pathogens cannabis growers contend with ordinarily, HLVd has few to no visible symptoms, and can be difficult–or nearly impossible–to detect with laboratory testing. 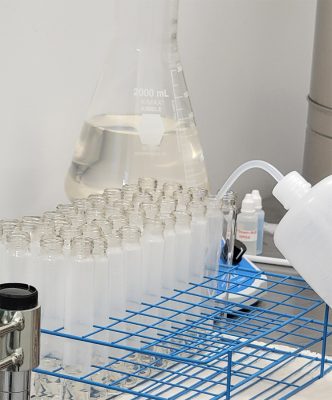 So, if it’s nearly impossible to detect, how can we prevent it? And, if this mysterious viroid has no obvious negative effects on cannabis, what’s the issue?

HLVd is a single-strand circular RNA viroid that most commonly infects hop plants. Cannabis and hops are both in the family Cannabaceae, and thanks to their close relationship, HLVd can also infect cannabis and hemp plants.

First identified in 1966, HLVd has largely been considered a threat to hop plant growth, sometimes inhibiting the size and vigor of plants, but causing no other visible signs of illness. Often, HLVd goes unoticed for months or even years, though proper education and awareness can help to keep the viroid from infecting your facility.

Novel discoveries made in 2017 revealed that HLVd could also infect cannabis, and “feeds” on the metabolic system of its host plant, slowly leaching away the plant’s potential. In the case of cannabis, HLVd ultimately degrades the quality of the finished product. Cannabis plants infected with HLVd often produce up to 50% fewer cannabinoids, and are often smaller, less productive, more susceptible to disease.

Where Did It Come From? 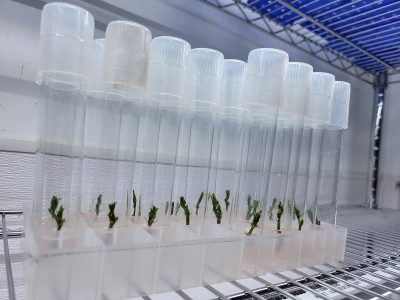 The first recorded finding of HLVd in a cannabis growing facility occurred in 2017 at a farm in California. Graham Farrar of Glass House Farm noticed that his plants were producing brittle stems, smaller yields, and significantly reduced trichomes. Enlisting the help of researchers and a genetic testing company in Portland, Oregon called Phylos Bioscience, HLVd was officially identified as a stunting disease. To read the full findings, see the study published by The American Phytopathological Society.

What Cannabis Growers Need To Know About HLVd

Unlike the majority if pests, pathogens, and diseases cannabis growers must contend with, HLVd does not have the potential to wipe out entire crops or desimate your plants overnight. Instead, HLVd can lay latent in a mother plant for months, only revealing itself once it has been passed to hundreds of clones whose growth potential will inevitably be inhibited.

Here’s what you need to know about HLVd to keep your plants protected.

Effects of HLVd on Cannabis Plants

HLVd isn’t a deadly pathogen, but it can kill your profit margins. Cannabis plants infected with HLVd are generally less potent, less productive, and less hearty, producing far fewer cannabinoids and trichomes than un-infected plants. Cannabis plants can lose up to 50% of their cannabinoid and trichome potency to HLVd, and will produce fewer, smaller, and less dense buds.

Symptoms of HLVd in Cannabis Plants

As mentioned, HLVd doesn’t cause obvious visible symptoms in infected cannabis plants, and in some circumstances, the viroid can remain latent for weeks or even months. However, some recorded symptoms of HLVd in cannabis include:

Can HLVd Be Treated or Cured?

Once a plant has been infected with HLVd, it is not possible to eradicate it entirely from the host body. A clean, non-infected tissue culture can be taken from the host plant and used to produce future generations of the strain free from HLVd, but this can be an expensive and laborious process.

Ideally, only a few of your mother plants will be infected, but if you find that all of your plants are infected, the best option to retain your genetics is to go the tissue culture route.

There are three basic ways in which HLVd is spread from plant to plant according to current research.

How To Prevent HLVd from Spreading in Your Facility

In a 2021 survey, analysts discovered that around 90% of all California cannabis grow facilities tested positive for HLVd, with around 30% of plants in each facility showing symptoms of the viroid. If you ever have “dud” grows, chances are that your facility could have an HLVd infection on its hands. If you haven’t yet encountered HLVd, count yourself as lucky, but start preparing now to prevent an infection from ever infiltrating your facility.

Creating clear protocols and work flows to enformce tool cleaning and sanitization is a key component of preventing the spread of HLVd. Since using the same tool on multiple plants without cleaning them thoroughly can spreadh HLVd, it’s important to always completely sanitize clippers, scissors, grow containers, and so on.

Genetics play an enormous role in the size, shape, potency, and final yield of a cannabis plant, but if you notice that your plants are showing signs of reduced growth, a lab test can confirm whether it’s just poor genetics or a symptom of HLVd.

Lab testing for mother plants prior to cloning them should also considered, since it can save you a lot of time, effort, and resources in the longrun to avoid cloning infected plants.

Any new plants (mothers and clones) acquired from outside sources should be quarantined, monitored, and tested before mingling with the rest of your facility. Other growers or clone producers could accidentally produce HLVd infected plants, and since the viroid can be latent, you may not realize there is an issue until it is too late.

Creating a protocol for monitoring and testing new plants will help to protect your current production, and again save time, effort, and resources in the longrun.

Last but not least, choosing a reliable source for all plant purchases can help immensely to reduce the risk of introducing HLVd to your facility. Reliable clone producers like Klone Colorado perform rigorous testing protocols on all of their plants, and ensure each clone sold is of the highest quality.

Marijuana Phenotypes, What Are They and Why Are They Important?
January 27, 2022

Go to Top
Are you 21 or older? This website requires you to be 21 years of age or older. Please verify your age to view the content.